Introduction
STASDOCK is a wall-mounting system for bike enthusiasts. It is not only very convenient as it saves you space and the possibility to store your gear, but it also boosts a great aesthetic and looks for your room. STASDOCK has been developing more products lately and is becoming more than just a wall-mounting system.

Challenge
STASDOCK was selling mainly on marketplaces and was apart from some retail sellers therefore dependent on these platforms. To diversify, grow, and be less dependent, STASDOCK wanted to sell more via their own webshop which at that moment barely had any sales and had a poor design. STASDOCK wanted to grow, operate on a global scale, and become the market leader. Though, one of the preconditions was to be profitable at all times. 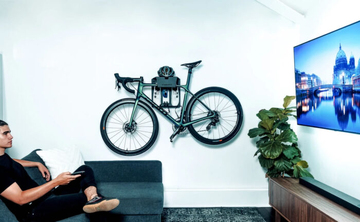